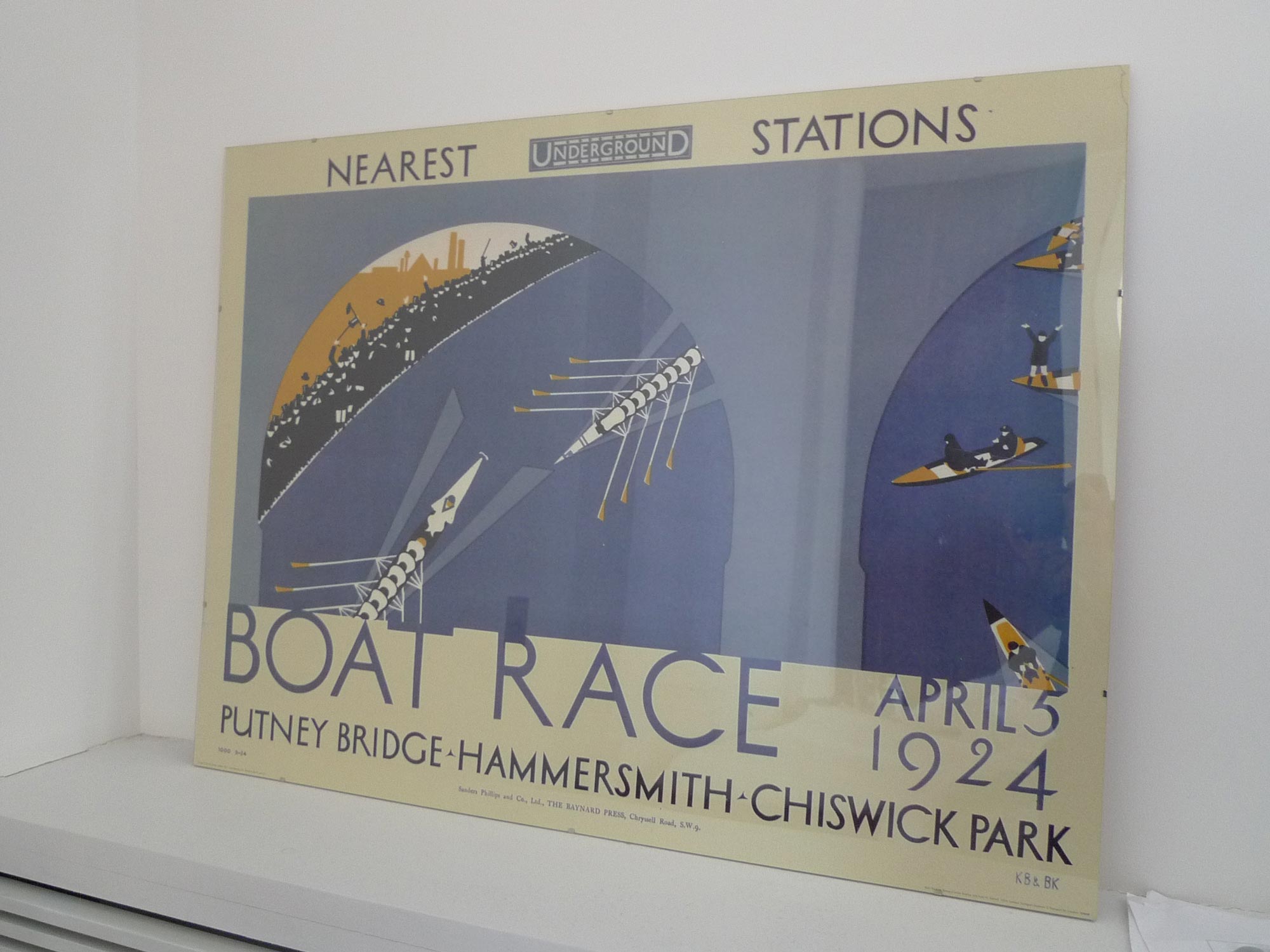 At LMA Property we are passionate about South West London – where we live and work.  We are pretty sure it is where the phrase ‘when a man is tired of London, he is tired of life’ comes from.  Of course, one of our most spectacular attractions is the River Thames that runs through much of our borough, and so it’s safe to say we’re pretty excited for this year’s boat race which will take place on Sunday 2nd April with the women’s race starting at 4.35 pm, followed by the men’s at 5.35 pm.  In fact, we aren’t embarrassed to admit that we even have a vintage poster from the 1924 race adorning the walls in our office – see photograph!  A reminder that when the going gets tough; it’s the tough that really do get going.

This year, impressively, marks the 158th University boat race with the same route, once again, being taken by the hopeful University students, as they literally row in their predecessors’ path.  And whilst going out to watch a load of people row a boat may not necessarily be your thing, the Oxford and Cambridge boat race never fails to cause something of a spectacle – with over a quarter of a million people gathering to join in the festivities.  This could, of course, be because it is one of the few sporting activities that is completely free, although we like to think it has more to do with the sense of community spirit that pervades much of South and West London society.  As proud South West London residents we wouldn’t miss it – we will probably take up position near that start at Putney Bridge.  If you want to too, we recommend the North side, which is generally quieter than the South side, and with better views from Bishop’s Park.  You can also view from near the Putney Embankment (but arrive very early!) or from Craven Cottage – also known as the home of Fulham FC, else further down the route at Hammersmith Bridge or Barnes.  Of course if you want to see the grand finale then head to Dukes Meadows and Chiswick Bridge, further West.  Meanwhile, over at Bishop’s Park and Furnivall Gardens there will be events and entertainment from midday with some handy big screens so you can watch all the excitement after the boats have sped passed, whilst having a fun family day out.

Just think – you could be watching the next Hugh Laurie (who took part in his own Cambridge & Oxford boat race in 1980) or a soon-to-be Olympic Gold medallist like Matthew Pinsent.

Currently, Cambridge are leading with 82 victories to Oxford’s 79 in the men’s competition, whilst over on the women’s side with the race only starting in 1927 Cambridge boast a 41 lead on Oxford’s 30.  Last year, Cambridge finally managed to end their four year losing streak to win by a phenomenal 2 and a half lengths in the men’s race, whilst sadly the Cambridge women lost, almost as spectacularly as their counterparts won, losing by 24 lengths as they almost sank the boat.  We may have a small, irrational affiliation for one team over the other but we won’t divulge!  However, it really is anyone’s race to be won.

If you plan to be at the race do let us know!  Feel free to give us a call on 0203 892 8635 or drop us a line on leah@lmaproperty.com.  And, of course, if you would like to contact us outside of the boat race we work with landlords and agents to offer complete property management and inventory services.