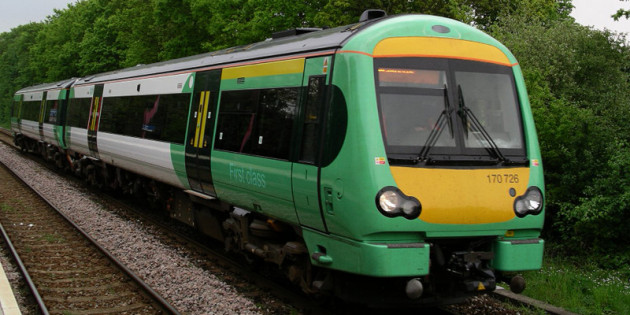 The Southern Rail dispute seems interminable, with strikes having blighted much of the Christmas season, although thankfully the more recent strikes that were due to take place at the end of January were cancelled. This slight respite, doesn’t detract from the union concerns over safety, as well as potential job losses. There seems little doubt that they are absolutely committed to their cause and there seems to be little end in sight. It is extremely frustrating, but it is beginning to have an impact far beyond isolating commuters from their offices in London, (which, for some, may well be a much needed Christmas bonus).

This is because the recent actions of Southern Rail cannot be taken in isolation – they are part of a far greater whole that sees Southern Rail marked as one of the least popular rail providers among commuters. Blighted by complaints of poor service, late trains, and frequent strike action. In fact, in December, MPs warned that employers were beginning to reject applicants who lived within the parameters of Southern Rail for fear they would constantly be late for work.

So it is unsurprising that this is starting to affect the price of houses. Whilst elsewhere in the country, despite Brexit and Trump, they seem to be constantly on the rise, the South is the one exception to this rule. Only four stations along Southern Rail’s routes reported increasing housing prices in the last three months – Hove, Pulborough, Haywards Heath, and Gatwick Airport – and this was only by an average of 0.05%. For the rest of the Southern commuter belt, the uncertainty caused by Southern Rail strikes has seen house prices rise 50% more slowly than the national average. Most concerning is the difference in the last six months alone, when the strikes were causing the most disruption. During that period, homeowners enjoyed an average increase of 4% in property values whilst those living in the Southern commuter belt increased by only 1.4% overall.

But, what does that really mean – these statistics and their impact on real people? Well, places like Brighton (which has traditionally done very nicely as an alternative commuter city with a great night life and easy London access), Portsmouth, and Seaford have dropped by £1,875 over the last 3 months. Basically, it means that Londoners are keen to avoid this now blighted landscape whilst those in the area are desperately trying to find a way out.

In fact, according to Jonathan Hudson, director of Hudsons Property in Fitzrovia, a number of wealthy Southern commuters have approached him looking for somewhere to rent in London whilst they weather the storm.

We would love to hear from you. How have you been affected? Are you a Southern Rail member and feel the strikes are worth the disruption? Or are you a commuter tired of having their daily life disrupted? Feel free to give us a call on 07969 927 422 or email to leah@lmaproperty.com