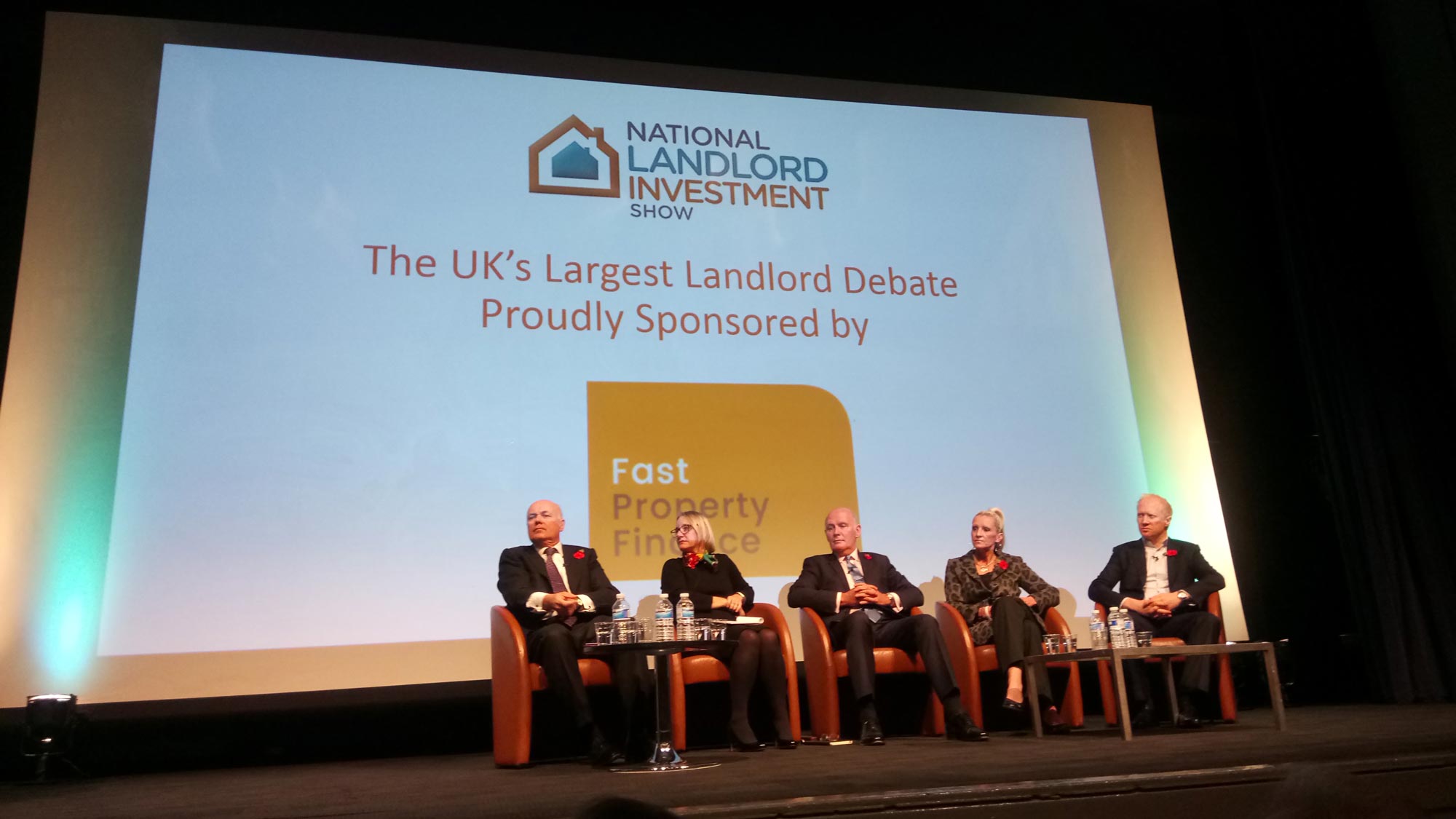 This week we visited the Landlord Investment Show at Kensington Olympia for the 3rd time, and it really does get bigger every year.  One of the biggest items now is the quality of guest speakers on the ‘expert panel’ which at this show consisted of the Rt. Hon. Iain Duncan Smith, Fionnuala Earley – Chief Economist of the huge Countrywide group, David Whittaker – CEO of Mortgages for Business, Vanessa Warwick – co-founder of the very popular ‘Property Tribes,’ and Simon Zutshi – CEO of Property Investor Network (‘PIN’).

Given Mr Duncan Smith’s (IDS’) previous guise (as former Secretary of State for Work and Pensions) and his introduction (nay – legacy) of Universal Credit, there was a lot of focus on this and how it will affect landlords in the long-run, however there were a quite a few more gems to be taken away.

The Autumn Budget
IDS said that he has ‘genuine sympathy’ for landlords due to new regulations they are suffering such as the introduction of Section 24 (a good explanation on this here – https://info.upad.co.uk/hubfs/Guides/Upad%20-%20Section%2024.pdf?t=1509038393222)

He has spoken to the Chancellor both privately and publically through many articles written on the subject, but he points out that we won’t know if this has been taken on board until the Autumn Budget is released.  He encouraged the audience, largely themselves landlords, to write to the Chancellor with their thoughts and fears.

David said that the Chancellor would do better to see how these changes pan out before changing anything again and the best landlords can hope for is that he doesn’t mention them in the Autumn Budget!  This is because of course tax will otherwise have to come from elsewhere, and it may actually hit landlords harder in other areas.  IDS agreed and said the Government should review the changes and unscramble any messes first.

Market Trends
When asked what trends had already occurred due to the impending changes, Vanessa said that 150,000 smaller landlords (those with 3 or less properties) have sold some or old of their stock since the tax regulations were announced by George Osbourne.  One third are now the ‘larger landlords’ who own 10 or more properties.  In terms of what may later change, she said that she believes that long term landlords are retiring earlier as they will feel that it won’t be worth them doing the same work for less return.  It was agreed that those smaller landlords are the bread and butter of the private housing sector, making up 97% of landlords and so they must be protected – for they are propping up the Housing Benefit stock which we all know is dangerously low.

As a side, it was suggested that there is a lack of awareness for ‘accidental landlords,’ those who didn’t plan to rent a property but have ended up doing so through circumstance.  Property Tribes aim to help such landlords but of course word needs to get out there to them in the first place.  There are so many regulations (the Deregulation Act, changes to smoke detector regulations, Right to Rent etc etc) that they may easily fall foul of without realising.

Interest Rates
Simon thinks that the Bank of England interest rates will creep up more quickly than first thought and that 2019 will show a panic sell from landlords who realise that the s24 implications mean their return it not worth it anymore.  Fionnuala however thinks that interest rates will rise gradually, and that rents will continue to rise as the population continues to increase.  There will be 1.3 million more households by 2021 and it’s likely that half will be in the Private Rental Sector, as renting is seen as more ‘usual’ as well as necessary.

The conversation then moved briefly onto the tenant fee ban which is likely to come in next year, and Vanessa pointed out that a lot of agents, especially smaller ones will close and that they are the ‘gate keepers’ for landlords to do the right thing.

All in all the discussion was very interesting and chaired well by Marie Parris – CEO of George Eillis Property Services.  At LMA Property we always like to be kept up to date with the sector news, changes and thoughts of those involved.  The Landlord Investment Show is always worth a visit, and make sure you get there early enough to see the expert property panel!